Introduction: – The flood can occur anywhere after heavy rain. Flood forecasting sufficiently in advance enables a warning to be given to the people likely to be affected and further enable authorities to take appropriate precautionary measures. It thus forms a very important and relatively inexpensive non-structural flood management measure, however, it must be realized that a flood warning is meaningful only if it is given in advance. Further erroneous warnings will cause the populace to lose confidence and faith in the system. Thus the dual requirement of reliability and advance notice is the essential ingredient of a flood forecasting system.

Multiple parts of Maharashtra were battered by heavy rains that began during the second week of August 2019. The downpour particularly affected the districts of Kolhapur, Sangli, Satara, Thane, Pune, Nashik, Palghar, Ratnagiri, Raigad and Sindhudurg.

According to a report from August 12, rain and flood-related incidents had killed 35 people across the state. As many as 761 villages were affected, and more than 4 lakh people were displaced. To conduct rescue operations, multiple teams of the National Disaster Response Force (NDRF), Navy, Coast Guard, and State Disaster Response Force (SDRF) were deployed in the affected areas.

The Warna river at Samdoli in Sangli, the Krishna at Arjunwad in Sangli, and the Krishna at Kurunwad in Kolhapur were all flowing at record levels. In fact, floodwaters in Kolhapur and Sangli only began to recede after the flood gates of the Almatti dam were opened, which subsequently led to damage in Karnataka.

There are several causes of floods and they differ from region to region. The causes may vary from a rural area to an urban area. Some of the major causes of floods in India are given below.

Heavy rainfall: It is the primary cause for floods in India. Especially, rainfall in a short span of time is of much concern as they are leading to flash floods. For instance, in July 2017, Mount Abu received the heaviest rainfall in over 300 years in a span of 24 hours. The hill station received an unprecedented 700 mm of rain in 24 hours. As per a study instituted by the United Nations, climate change phenomenon is believed to be behind flash floods across the globe.

.Blockage in the Drains: Blocked drains are the primary cause for the floods in urban areas, especially in metros. For instance, failure of the drainage system is believed to be one of the primary causes behind the Chennai floods in December 2015 that led to the death of more than 400 people.

The most important consequence of floods is the loss of life and property. Structures like houses, bridges and roads get damaged by the gushing water.
Some of the negative impacts of recurrent floods are given below –

Impact on Agriculture: Recurrent floods impact the agriculture sector adversely. Due to recurrent floods, fields get submerged and lead to the loss of harvest increasing the vulnerability of farmers to indebtedness. The loss is not only for the farming community but also the common man is hit hardly due to persistent inflation. Besides, the threat to life of milch animals impact the farming community adversely.

Moreover, floods may also affect the soil characteristics. The land may be rendered infertile due to erosion of top-layer.

Damage to infrastructure: Recurrent floods cause severe damage to economic infrastructure like transportation networks, electricity generation and distribution equipment,etc.
Outbreak of diseases: Lack of proper drinking water facilities, contamination of water (well, ground water, piped water supply) leads to outbreak of epidemics like diarrhoea, viral infection, malaria and many other infectious diseases. The probability of outbreak of diseases in highly dense areas of India is high.

Besides the above, strain on the administration, cost of rescue and rehabilitation of the flood affected population are other causes of concern.

The solution to the problem of recurrent floods lies in mitigation and rehabilitation measures. Some of the important measures are given below.

As per an estimate, 12% of India’s land is prone to floods. As per the Central Water Commission (CWC), floods resulted in a loss of 0.86% of the total GDP. However, in the present decade, this share has come down to 0.1% of the GDP. Taking into account the growing size of the economy, still, the loss is huge. Hence the administration should take concrete measures on a long term basis to tame the menace of recurrent floods. 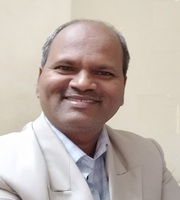